Think before you email 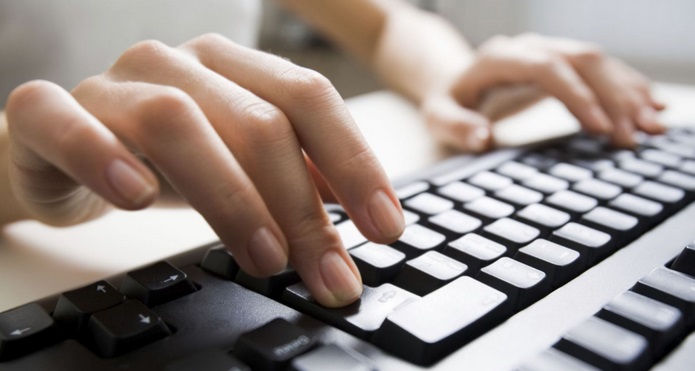 A tectonic societal shift is happening right under our noses. You don’t need a seismometer to see it. If you’ve watched any recent entertainment awards show, it’s easy to see and hear.

“Oh,” one might say, “that’s just fallout from the Sony Pictures hack and the Harvey Weinstein implosion. Those people are all famous public figures. It couldn’t happen to me.”

It’s amazing that anyone who lived through the 2016 presidential election is still using email or Twitter. Regardless of your political leaning, that election taught us that emails and tweets follow the sender around like a hungry dog at feeding time. Unlike dogs (alas) emails, tweets and social media posts are essentially immortal. Someone sufficiently motivated to find them can do so.

The examples of improper comments later in this article have been reported by several public sources, and they’re included for effect. The quoted sections may or may not be accurate, but they illustrate the kinds of comments that people write in indelible media from time to time that come back to haunt them.

Perhaps the reader can recall other examples, closer to home. Early in my career as a lawyer, we used to communicate with international clients via telex. (Yes, that long ago.) I sent a number of telexes overseas, requesting settlement authority in a relatively small case, and kept receiving responses that questioned my analysis.

Then I noticed that the responses were addresses to “Mrs. Louis Castoria,” perhaps mistaking “Louis” for “Lois” or “Louise.” When I re-sent the same advice and typed my name as “Mr. Louis Castoria,” the reply came back, “We agree with your wise recommendation.”

If the reader is surprised by my relatively mild story, or by the more dramatic ones told in the excerpts from media reports, imagine the impact of sexist comments on conscientious jurors in a civil case.

In employment discrimination cases, “Me, too” evidence — examples of discriminatory or harassing comments made to or about employees other than the plaintiff — can be admitted into evidence. The California Supreme Court ruled in 2006 that the state’s fair employment and housing act was “not designed to rid the workplace of vulgarity. ” [Lyle v. Warner Brothers Television Productions (2006) 38 Cal.4th 264, 295.] Still, such evidence gets to the jury.

In Pantoja v. Anton [(2011) 198 Cal.App.4th 87], the California Court of Appeal sent a case back for retrial because the trial court had improperly excluded evidence of a supervisor’s use of the term “Mexicans” to refer to employees.

It may be easy to see why evidence of sexist or racist terms might be relevant in some types of employment-related cases. Could the same kind of evidence be relevant in professional liability cases?

I’m not aware of a reported decision in which “Me, too” evidence has come before the jury in an errors and omissions (E&O) case. The basic question in most E&O cases is did the professional person (insurance broker, lawyer, accountant or acupuncturist, for example) act within the standard of care of the profession in the community where the services were rendered? The defendant’s character is not usually considered admissible, unless it goes to credibility. A misogynist jerk can perform a perfectly correct appendectomy, just as a paragon of virtue can perform a negligent one.

Lawyers try to keep potentially damaging evidence away from the jury’s eyes by asking the trial judge to forbid the other side from introducing or mentioning such evidence. The judge is the filter, keeping out evidence based on whether it is “more prejudicial than probative,” or so likely to poison the jurors against a party that they may be unable to fairly decide a particular issue or the case.

It’s difficult to see offensive emails and tweets being material, or even relevant, in a typical E&O case. If a doctor leaves a sponge inside a patient during surgery, the fact that the doctor sent a distasteful email about a coworker’s appearance earlier that day adds nothing to the case. If the doctor is commenting, distractedly, about the coworker’s appearance during the surgery, that could be another story.

There are plenty of good reasons to avoid writing odious emails in the workplace. The fear of an E&O lawsuit is probably low on that list. But if such messages are in the company’s network, they may see the light of day during litigation. The mere threat of them being made public could make a difference in whether a case settles at a small value or in the high six figures, as in one of these examples:

The world is changing for the better. We are being called to exercise a higher standard of respect for one another. Being risk-averse is one good reason to apply the golden rule to workplace interactions. But there’s a far better one: It’s the right thing to do.