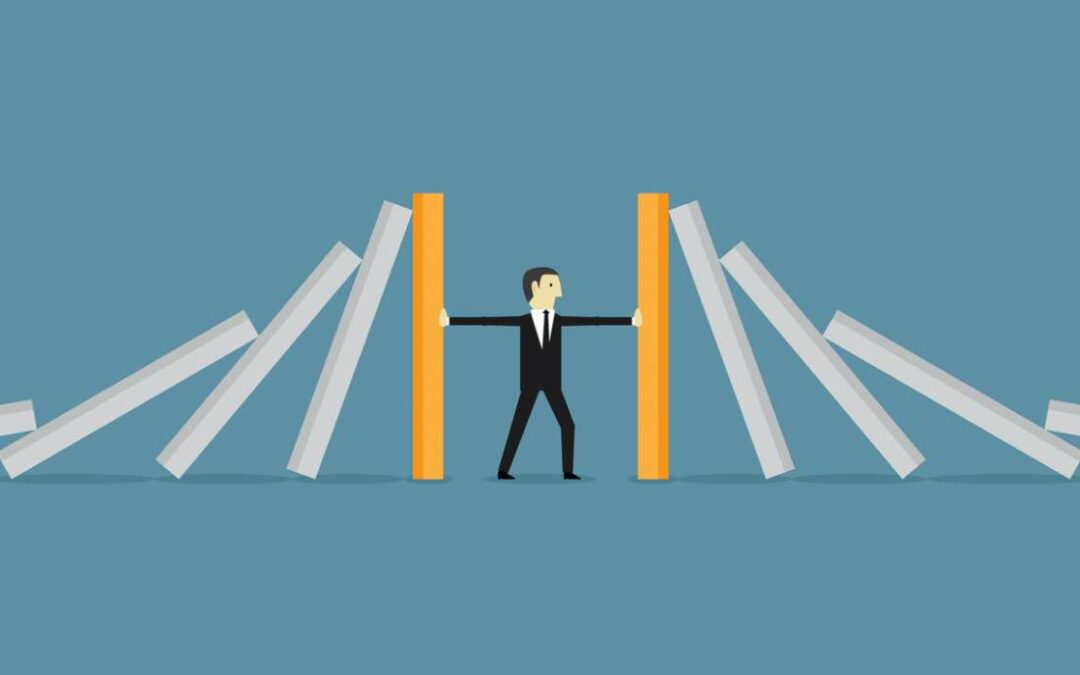 The aftermath of a global corporate scandal is a very messy affair. Firstly, there’s the breaking news, then the media frenzy, the plummeting share price, the evaporating confidence, the damage-limitation exercises and finally the groveling executives. We live in a super-charged, hyper-connected environment, answerable to the 24-hour “churnalism” cycle and social media chatterati. Boeing, Uber, Nissan, Huawei, Airbus or Purdue Pharma, to name but a recent few, have all had to step up like Winston Churchill to their darkest hour. “Crisis management can be like dealing with an explosion,” explains Jo Willaert, president of the Federation of European Risk Management Associations.

Be quick, honest, open and, in such circumstances, be compassionate in communications, these are the key principles of crisis management

And with any explosion, corporate or otherwise, everyone ducks away from the line of fire for fear of getting hit. Damage limitation can trump open communication. Slow and myopic group-think can stymy a crystal clear, crisis management plan because the stakes can be excruciatingly high and the fallout unthinkable. No one really wants to spark the next Lehman or Enron crisis. It would be career suicide.

Why do companies need a crisis management plan?

“Be quick, honest, open and, in such circumstances, be compassionate in communications, these are the key principles of crisis management,” says Julia Graham, deputy chief executive of Airmic, the UK’s risk management body.

Yet time and again these messages don’t seem to permeate the rarefied air of boardrooms or the upper corporate classes, and it shows. Whether it’s Boeing’s chief executive taking a week to respond to the fatal Ethiopian Airlines crash or BP’s boss Tony Hayward making a quip during the Gulf of Mexico oil spill saying he “wanted his life back”. The rapid, heartfelt response to an incident is as crucial today as it was ten years ago.

“An actual crisis is a pressure cooker and no time to start working out roles, responsibilities, and processes for your management team. Yes, Mr. Hayward apologized quickly, yet the damage was done and here we are almost a decade later still talking about it,” says Marc Cornelius, founder of 8020 Communications, a specialist public relations consultancy.

At the heart of every response is an effective crisis response plan. Businesses are most resilient when they’ve already considered what to do if the worst happens and if all executives understand the roles they need to play. A risk manager co-ordinates decision-making teams that need to be multi-disciplinary, with all business functions represented, since they see situations from diverse angles.

“For instance, a classic tension can exist between legal and marketing perspectives: saying very little might theoretically limit your potential liability, but will the consequent damage to your brand end up costing you more long term? You can bet those functional tensions would have been going on recently within Boeing,” says Mr. Cornelius.

Why strong leadership is crucial in crisis management

Time and again though companies are caught up in a crisis storm that is hard to weather. Facebook had its Cambridge Analytica moment, while Monsanto had to deal with a customer allegedly contracting cancer from its weedkiller, then there was Exxon’s reaction to the Alaskan oil spill, the list goes on. The lessons that can be learned are legion. Each event is unique and complex.

Rupert Younger, director of the Oxford University Centre for Corporate Reputation, thinks we need to go beyond our preparation manuals, rehearsals, box-ticking exercises, and well-documented crisis management plans, and instead, create more of a wider culture of being able to respond to crises.

“Smart companies should spend as much time listening as talking, empathy, and humanity are crucial. Each stakeholder has to feel well informed and properly looked after at all times, and internal teams need to be organized and focused on this,” says Mr. Younger.

One thing that a lot of crisis experts agree on is the crucial role that executive leadership plays in dealing with a crisis. Like the logjam over Brexit, markets and corporations look for certainty, any perceived loss of control, lack of solutions or uncertainty can cause real harm, especially in the early stages of an incident, and a lot of direction comes from the top.

A responsive C-suite is the new imperative, especially when key executives are increasingly being held accountable if their company is not able to respond to a crisis. Look at various governments’ response to the live-streamed mosque attacks in New Zealand and their crackdown on social media companies for showing harmful content, from Australia to the European Union, including the UK.

When management could be personally liable for these crises and fines could reach as high as 4 per cent of global turnover, as is the case under the EU’s General Data Protection Regulation, it’s enough to make any corporate board, from Twitter to YouTube, rewrite their crisis management plans and think twice about how they respond.

“Yet events usually outpace responses and without preparations or expertise at the table, leadership can find themselves frozen as they watch things unfold. The organization needs to be clear on who takes the lead in efforts to restore the confidence of the public, clients, employees, and investors,” says Erik Petersen, head of crisis management consulting in Europe at Control Risks.

“The issue is that leaders will often be required to make decisions with insufficient information. It can take days or sometimes longer to get facts or understand the nature of the problem, while stakeholders will demand immediate answers and response.”

The fact is most of us trust corporations around the globe without knowing what kinds of systems they have in place to deal with risk, safety, and incidents that involve people’s lives, health and wealth. We eat, fly, drink, drive and consume various products from countless companies that we put our utmost faith in. The question is, can we really trust them?

“Companies that manage risk well tend not to face crises of their own making,” says Sandra Sucher, professor of management practice at Harvard Business School. “In my research, I’ve found a close association between sound risk management and being trusted. Risky actions lead to mistakes of many kinds, and we mistrust, with good reason, companies which don’t seem to appreciate the consequences of their mistakes and fail to anticipate the risks that things could go wrong.”

Another aspect that’s crucial is crisis communication and the language used. “It is arguably becoming one of the most important elements of damage limitation in an era where harm to brand and reputation is the greatest part of the impact,” says Mr. Petersen.

Increasingly, big corporations value the role of crisis communications, they also understand that it’s a specialized skill either to be cultivated in-house or via an outside consultant who knows the business well and is on call. “Those organizations that don’t value communications, do so at significant risk,” says Kelli Matthews, senior instructor at the School of Journalism and Communications, University of Oregon.

Many crises that whip through the media are hardly binary affairs, they are infinitely complex. The key is to make these issues simple and communicate in plain, unambiguous language. “This can be really challenging,” says John Martin McDonald, founder of Caeli Communications. “As Mark Twain once said: ‘I didn’t have time to write you a short letter’. But you must make the effort and do it throughout the crisis.”

Reputational damage may be significant, if not permanent

All this underplays the role of the risk manager, yet they are a crucial go-to person in any crisis. They have a pivotal role to play since the impact of a crisis can touch many facets of a business from customers to shareholders, affected communities to supply chains.

“The professional risk manager serves as a coordinator across many functions that need to be involved in a situation like this, both for the manufacturer and the airlines in the case of the Boeing crisis,” says Typhaine Beaupérin, chief executive of the Federation of European Risk Management Associations. “The risk professional will also play an important role in managing the complex insurance issues that will inevitably arise as a result of a crisis.”

It’s not all doom and gloom. Many businesses can be resuscitated over time. “A company’s reputation is not earned overnight and, usually, not lost overnight,” says Marc Szepan, a lecturer at the University of Oxford Saïd Business School.

But beware, a recent study by The Economist of the eight most notable corporate crises since 2010, including those at Uber and Wells Fargo, found that the median firm was worth 30 percent less today than it would have been had the scandals not occurred. Ouch.