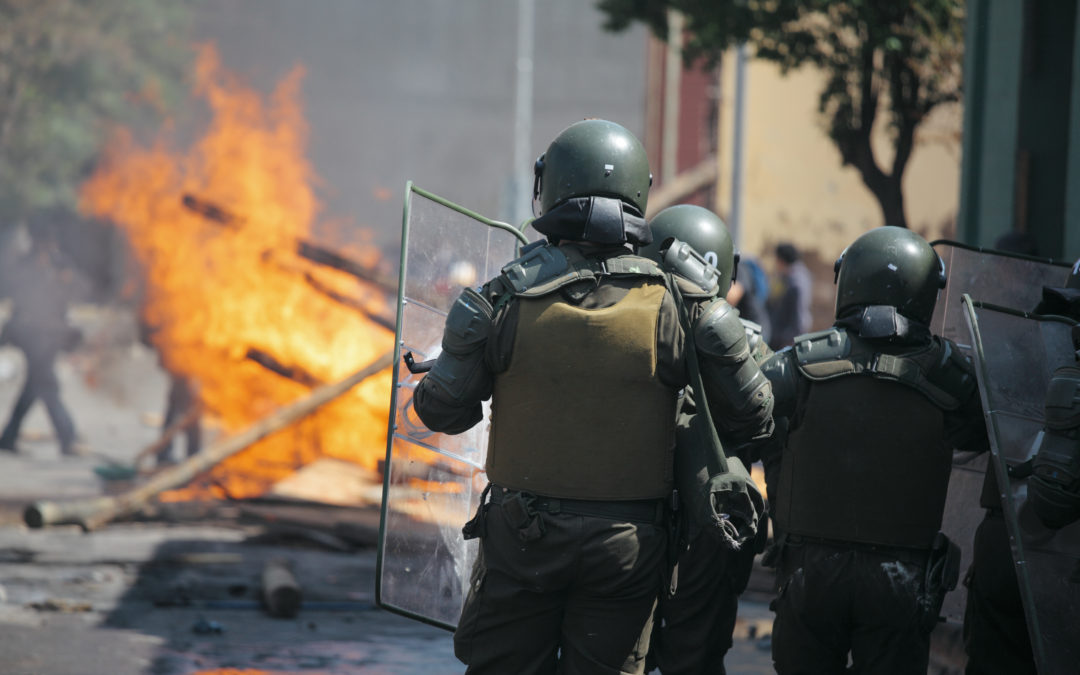 The United States is no stranger to acts of terrorism. In recent years, domestic and international events have increased with alarming frequency. More importantly, such events have shown that no area of life is completely risk-free.

Concern over terrorism risk is clear and definite, but information and understanding of terrorism risk insurance is not as well known. Not-for-profit organization RIMS tackles this subject in its latest report, Terrorism Insurance: Understanding the Boundaries of Coverage for a Risk Without Borders.

The report provides corporate risk managers, insurance brokers and coverage counsel with guidance on determining whether terrorism risk insurance coverage is necessary, identifying terrorism risk solutions that exist in the market and insights on negotiating for terrorism coverage.

“With terrorism risk being an unfortunate reality, corporate risk managers and counsel can take proactive measures to contain a risk that otherwise knows no bounds,” said the author of the report, Micah Skidmore of Haynes and Boone LLP.

Terrorism risk can be quantified and, to some extent, understood by its relationship to a variety of constantly evolving factors. Historically, domestic terrorism represented a disproportionate risk to property, relative to bodily harm, spread over numerous smaller incidents.

Most attacks occur on a seasonal basis, especially during the spring and summer months. The report also notes there is a greater likelihood of terrorist attacks in the Northeastern region of the U.S. and the coastal states like California and Texas.

Although property damage and bodily injury are the primary risks associated with terrorism, there are other dimensions companies should consider if they’re looking to minimize their exposure, such as:

Even when a company does not independently recognize terrorism risk sufficient to justify an insurance solution, some form of terrorism coverage may nonetheless be required by contract — including lending agreements.

What insurance solutions are available to address terrorism risk?

Workers’ compensation insurance — a state-regulated line of coverage compulsory in nearly every state — is another traditional policy that may provide some form of terrorism coverage. Unlike other property & casualty policies, workers’ compensation policies do not have terrorism (or war) exclusions.

What should corporate policyholders look for in placing stand-alone terrorism coverage?

If a stand-alone terrorism policy is the preferred method of addressing terrorism risk, selecting the policy with the best terms involves more than just ensuring that coverage extends beyond “certified acts of terrorism.” Brokers and policyholders should carefully review the valuation terms in stand-alone terrorism policies to ensure that such terms appropriately compensate the insureds for loss and damage, even when actual repair or replacement may not be possible or optimal.

In a large-scale terrorism event, disputes have developed and may continue to arise over what qualifies as a separate “occurrence,” justifying either the application of separate limits or the accrual of a separate deductible or retention. To avoid such controversy and afford a measure of certainty to policyholders and insurers alike, some considerations should be given to including specific terms defining what constitutes an “occurrence” and how the number of occurrences associated with a given claim will be determined.

Terrorism risk insurance, whether through traditional or stand-alone policies, is an increasingly important element of domestic corporate insurance programs. To that end, risk managers, agents, brokers and corporate counsel should review corporate exposure to risk, existing policies and contracts to determine whether terrorism risk insurance is necessary to protect the business or fulfill contractual obligations.