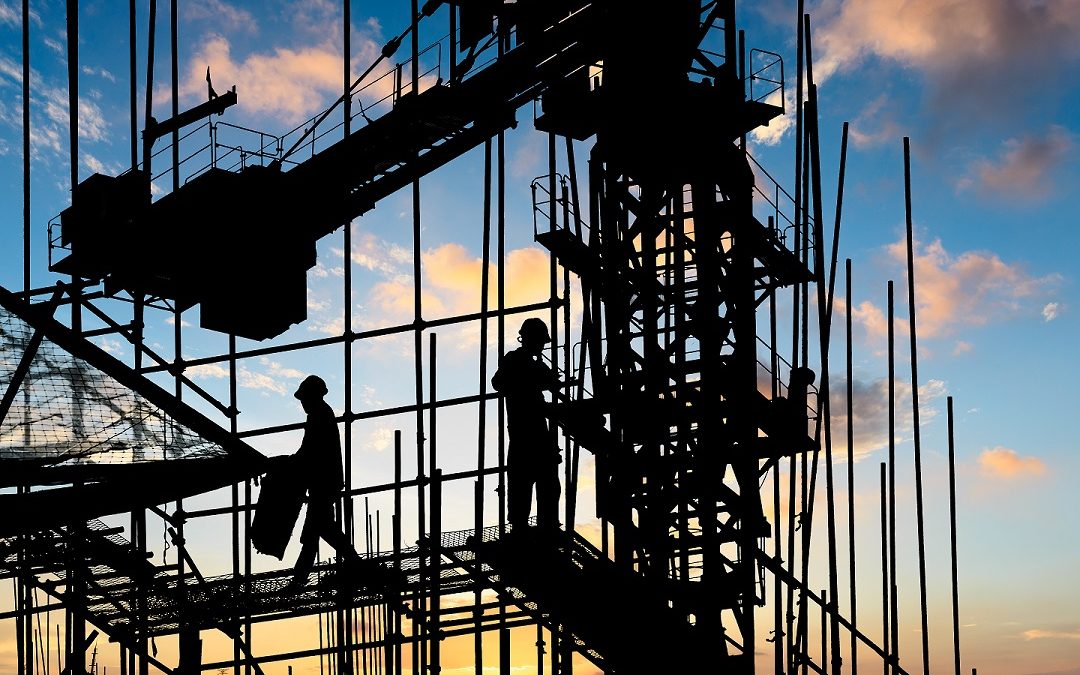 Newer developments like a 3-D laser and sensor technologies are enabling contractors to build in a smarter and safer way. Insurers should understand where the construction industry is headed in terms of technology use and how emerging devices can help improve both physical construction sites and worker safety.

Imagine being in the middle of a large-scale office tower build, with the framing, exterior walls and roof all finished when you notice the structure’s support beam measurements appear to be wrong. Instead of going back to the architect and engineers involved in the project to confirm measurements by hand, and potentially stalling the build of the project, you use a 3-D laser scanner that in a matter of moments confirms the design measurements are on point and you won’t have to delay the build.

This is just one scenario that captures the challenges contractors face today and how the construction site of the future, which will focus on harnessing data and technology together, can ultimately help contractors build in a smarter and safer way.

For construction companies working off an architect and engineering professional’s plans, measurements could be incorrect. When transforming a warehouse into a restaurant, for example, accuracy is highly important. Moving gas and water lines and electrical, and designing a kitchen out of an open space by hand leave potential opportunity for error, which could also cost the contractor time and money. If a measurement is off by even 10 inches, this apparently small mistake could potentially lead to great costs in rebuilding. In fact, according to the American Society of Civil Engineers (ASCE), the direct costs from rework can often account for 5% of the total construction costs, which is not always insurable.

3-D laser technology captures a construction site’s lines by creating an accurate, to-scale model of the different points of the scale, including space, air, and objects. This technology measures the site down to the millimeter.

Contractors seeking to build with speed and accuracy use this technology to help identify problems in real time, revolutionizing how construction companies are approaching a build. According to a report from MarketsandMarketsTM, the 3-D scanning technology market is forecasted to grow at a significant rate for the architecture and construction industry industries between now and 2023.

Using a 3-D laser scanner on a drone: Imagine being able to have a drone scale an 80-story building in minutes while confirming measurements and accuracy from the sky. A daunting and high-risk scenario becomes a relatively easy and much safer task.

Virtual reality and augmented reality: Contractors can scan the physical building against the design, creating either a virtual reality hollow so that workers can see where pipes will go or augmented reality visuals where architects, engineers, inspectors and even homeowners can see progress on a building in real-time. 3-D scans can be overlaid against the Building Information Modeling design to provide a real-time comparison of the current build against the original design

Among the new technologies that are currently available, mobile sensors – the size of a paperback book – can be deployed on construction sites to help detect the building’s temperature, humidity, dust particles, noise, vibrations, among other things. By monitoring the building’s environment, contractors can receive real-time alerts when the building reaches certain thresholds.

By way of example, let’s say the temperature drops in an office tower construction site. With mobile sensors, the contractor can immediately receive an alert giving them an opportunity to check on the tower. Something as simple as a pipe bursting in the middle of winter because a door was left open can lead to significant losses.

As sensor technology advances and the market becomes more competitive, we will likely see more robust sensors on the market that are able to monitor the building’s holistic environment.

Wearable sensors are another example of emerging technology – similar to the popular bracelets that track one’s physical activity or a pedometer that measures the steps someone has taken in a day – sensors are now being tailored for construction site workers to provide real-time data with the goal of increasing workplace safety.

Construction sites are a high-risk work environment. In fact, some of the most common injuries experienced on construction sites include strains and sprains, falls from elevation, and those related to heat stress. Repetitive motion injuries such as bending or lifting are also common.

Most insurance carriers today offer risk management consultants who can go onsite and provide construction clients with a snapshot of potential risks, observations, and insights into indicators that can potentially lead to workplace injuries. Wearable devices are essentially a safety professional standing behind each worker all day, every day, monitoring whether workers are bending correctly or if the site’s temperature is placing them in a heat stress environment. The technology could also connect to claims data so insurers can provide insureds with proactive proposals and solutions to help change workers’ behavior to reduce the potential for injuries.

In the future, wearable technologies will be able to harness forensic data and other information from the physical construction site as well as historical claims, while also receiving real-time data that can provide predictive analytics.

Construction sites and the construction industry as a whole represent a prime case for technology disruption. In the next 5-10 years, it is probable that all of these technologies will be capable of connecting and talking to each other while outputting data into a single monitoring system that can be used by construction companies, insurers as well as architects and engineers to help take proactive actions.

A 2016 report from McKinsey & Company found that large construction projects typically take 20% longer to finish than scheduled and are up to 80% over budget. But thanks to the construction site of the future, using 3-D lasers, mobile sensors, and wearable technology could ultimately help provide a safer, more efficient workplace and, in turn, reduce costs.

If the industry develops a solution for construction sites, it can be applied to other industries such as manufacturing, logistics, warehousing or healthcare. As economies of scale also take hold, we could see the cost of these technologies decrease and the barriers to embracing these technologies start to dissipate.