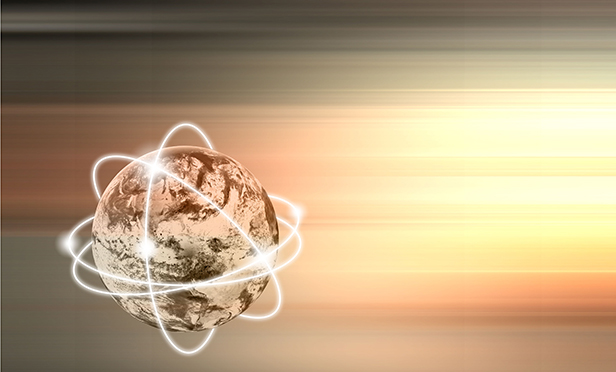 Global risk managers must be prepared to mitigate their company’s exposures in these key areas over the next year.

This is undoubtedly a prosperous period for the world economy, but the recent volatility in global stock markets is an indicator that times may be changing. The World Bank has forecast global economic growth of 3.1% for 2018, which will obviously benefit businesses.

At the same time, an improving business environment brings with it the prospects of wage inflation, rising interest rates, and the end of cheap money. A couple of weeks ago, U.S. stocks reacted dramatically to figures that showed U.S. wages rising faster than expected. This clearly demonstrated how jittery the markets are about the end of a loose monetary policy.

In addition to these macroeconomic developments, other significant changes are afoot. The established political order is being questioned in the United States and Europe, tensions are rising again in the Middle East, technology is transforming the way we live and work, and the United States has overhauled corporate taxation. Change brings opportunities, but it also presents risks.

So, what are the five key risks that should be at the forefront of risk managers’, CFOs’ and treasurers’ radars in 2018? And what are best practices for managing them?

Cybercrime is an ever-growing and ever-present threat. It is a particular concern for corporate treasurers since the cash flows they’re responsible for are a key interest for most cybercriminals. In 2016, research by the Association for Financial Professionals found that almost three-quarters (74%) of the organizations that it had surveyed had been the target of attempted or actual payments fraud, including check fraud and unauthorized transfers of funds associated with business email compromise attacks. Almost a third (29%) of those that had been targeted by fraudsters had lost $250,000 or more.

Companies that don’t have the right systems in place to detect unusual or suspicious behavior may potentially end up exposing their organization to serious reputational damage and significant financial loss. Yet the Hiscox Cyber Readiness Report 2017 found that more than half (53%) of surveyed companies in the United States, U.K., and Germany were ill-prepared to deal with an attack.

Cybercrime cost the global economy over $450 billion in 2016. Risk managers, CFOs, and treasurers must talk to their technology vendors to make sure they are investing in the most effective security capabilities for their systems.

2. Rising interest rates and the end of cheap cash

For years, large companies have been able to borrow money at extremely low rates. In the seven years that followed the financial crisis, U.S. businesses were typically borrowing from banks at interest rates in the region of 3.25%, while the corporate borrowing rate in the U.K. dipped as low as 2.65% in 2009.

Even as recently as December 2017, the average interest rate in the Eurozone on a fixed bank loan of more than €1 million for a period of 10 years or more was 1.75%, according to the European Central Bank (ECB).

The clock is ticking on cheap money

In the bond markets, borrowing costs plunged even lower over the past decade. Some companies, including French pharmaceutical maker Sanofi and German consumer goods producer Henkel, even managed to issue negative-yielding debt.

However, the clock is now ticking on cheap money. The U.S. Federal Reserve has hiked interest rates five times since December 2015. Last November, the Bank of England announced its first hike in more than a decade.

The ECB is expected to follow suit, and the Bank of Japan is cutting back on its bond-buying program, suggesting that its rates, too, will rise in due course. Businesses should expect their funding costs to increase over the coming months and years. Highly leveraged companies can expect to feel the biggest squeeze.

To avoid unwanted questions from the board about the impact of the rising cost of cash, global risk managers, treasurers, and CFOs should look to refinance debt early and for an extended period in order to reduce their exposure to rising funding costs. They can also mitigate the risk of higher borrowing costs through effective cash management, by better utilizing global cash surplus balances to reduce short-term borrowing, and through due diligence on mergers and acquisitions (M&A) to make sure their company doesn’t overpay for a deal that it later regrets.

As of the first of this year, U.S. corporate taxes were slashed from 35% to 21%. What’s more, the reform package includes a one-off repatriation tax on corporate earnings held overseas — 15.5% for liquid assets and 8 percent for illiquid assets — that is intended to encourage U.S. companies to bring home cash they previously stashed abroad.

On the face of it, the tax reform seems beneficial for foreign companies doing business in the United States, since their subsidiaries here will pay less tax. Yet some of the rules, including a base erosion and anti-abuse tax (BEAT) and a cap on the deductibility of interest, present challenges for some multinationals that move money back and forth across the U.S. border. CFOs and treasurers need visibility into their organization’s cash flows to and from the United States, and they should review its strategy for intercompany loans.

Although the United Kingdom is set to leave the EU on March 29, 2019, there will almost certainly be a two-year transition period to smooth its departure. During this transition, the U.K. will have to abide by EU rules in the same way that it does today. The longer-term implications of the split are not yet clear, though, since a trade deal has yet to be thrashed out.

One area to keep an eye on In the past, U.K. regulators have had a great deal of influence over the EU’s financial services regulations. Going forward, there could be a divergence between U.K. and European banking rules — for example, in terms of how banks adopt the Basel III capital and liquidity standards.

According to PwC, the uncertainty associated with Brexit poses a number of specific challenges for treasurers, including foreign exchange volatility, possible funding shortages, and increased counterparty risk if companies have to suddenly develop relationships with unfamiliar financial institutions. The firm suggests that organizations put in place processes and systems which enable them to readily access their cash, monitor their treasury risks, adapt their financing strategies to changing markets, and manage their relationships with financial institutions.

So far, the volatility that we’ve seen in the equity markets in 2018, can be better described as a correction than as a crash. Nevertheless, a catastrophe may lie around the next corner. It is no coincidence that the fall in equity prices coincides with the rise in bond yields that has come about as a result of governments buying fewer bonds. In early February, the benchmark U.S. 10-year Treasury bond hit 2.85%, its highest point in four years, as investors pulled out of equities.

The current market conditions have two significant implications for corporate risk managers and treasurers: First, as the yields on government bonds rise, it will become harder for companies to issue bonds with historically low coupons. And second, should a major stock market crash occur, it could dent consumer sentiment and cause both people and businesses to cut back on their spending, which would, in turn, squeeze companies’ cash flow.

Difficult market conditions may also prompt banks and bond investors to refuse to fund to companies that are seen as undesirable credits. Of course, it’s virtually impossible for a company to buffer itself from the full impact of a major economic shock, but sound working capital management can play a vital role in helping an organization to survive even the toughest of times.

A state of constant flux will continue to plague the global economy. In this environment, successful businesses will be those that are able to respond quickly.

Risk managers, CFOs, and treasurers who can’t capitalize on the opportunities presented by changes in the economy will put their organizations at risk of falling behind. Fortunately, effective cash management is a great foundation for long-term business agility, especially when combined with powerful technological tools such as in-house banking capabilities, notional cash pooling, and payment fraud detection systems.

Ultimately, change does not have to be a threat to organizations. By harnessing technology, smart companies turn it into a great opportunity to profit and grow.