The impact on mental health and well-being in workers’ comp 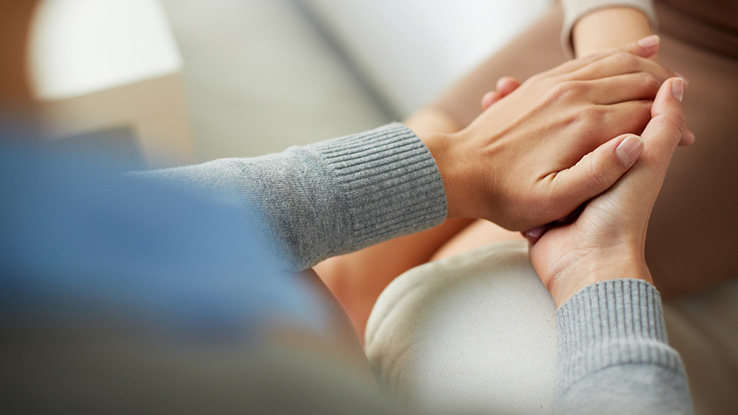 According to the World Health Organization, mental health is described as: “a state of well-being in which every individual realizes his or her own potential, can cope with the normal stress of life, can work productively and fruitfully, and is able to make a contribution to his or her community.” But the World Health Organization’s definition applies only to part of the population.

At any given time, one-in-five American adults suffer from a mental health condition that impacts their daily lives. Stress, anxiety, and depression are among the most prevalent for injured workers. Left untreated they can render a seemingly straightforward claim nearly unmanageable, resulting in poor outcomes and exorbitant costs.

Increasingly, many in our industry are recognizing the need to proactively do all we can to address this critical issue. We must openly discuss and gain a deep understanding of a subject that until now has been taboo.

Four prominent workers’ compensation experts helped us advance the conversation on mental health in the workers’ comp system during a recent webinar. They were:

Mental health conditions are the most expensive health challenges in the nation, behind cancer and heart disease. They are the leading cause of disabilities in high-income countries, accounting for one-third of new disability claims in western countries. These claims are growing by 10% annually.

In addition to the direct costs to employers are indirect expenses, such as lost productivity, absenteeism, and presenteeism. Combined with substance abuse, mental health disorders cost employers between $80 and $100 billion in these indirect costs.

In the workers’ comp system, mental health conditions have a significant impact on claim duration. As we heard from our speakers, these workers typically have poor coping skills and rely on treating physicians to help them find the pain generator, leading to overutilization of treatments and medications.

Mental health problems can affect any employee at any time and the reasons they develop are varied. Genetics, adverse childhood experiences and environmental stimuli may be the cause.

The stress of having an occupational injury can be a trigger for anxiety or depression. These issues can develop unexpectedly and typically result in a creeping catastrophic claim.

One of our speakers relayed the story of a claim that seemed on track for an easy resolution, only to go off the rails a year after the injury. The injured worker, in this case, was a counselor who had lost an eye after being stabbed with a pen by a client. Despite his physical recovery, the injured worker began to struggle emotionally when he finally realized that for the rest of his life he would be blind in one eye. Because his mental health concerns were raised one year after the injury, there were some questions about whether he might be trying to game the system.

Such stories are more commonplace than many realize. They point out the importance of staying in constant contact with the injured worker to detect risk factors for mental health challenges.

Mental health conditions — also called biopsychosocial or behavioral health — often surprise the person himself. Depression can develop over time and the person is not clued in until he finds himself struggling. As one speaker explained, the once clear and distinct lines of coping, confidence, and perspective start to become blurred.

In a workers’ comp claim, it can become the 800-pound elephant in the room that nobody wants to touch, talk about or address. Organizations willing to look at and address these issues can see quicker recoveries. But there are several obstacles to be overcome.

Stigma and social prejudice are one of the biggest challenges. People who do realize they have a problem are often hesitant to come forward, fearing negative reactions from their co-workers and others.

Depictions of people suffering from behavioral health issues in mass media are often negative but are believed by the general public. Many people incorrectly think mental health conditions render a person incompetent and dangerous; that all such conditions are alike and severe; and that treatment causes more harm than good.

As we learned in the webinar, treatment does work and many people with mental health conditions do recover and lead healthy, productive lives. Avoiding the use of negative words or actions can help erase the stigma.

Cultural differences also affect the ability to identify and address mental health challenges. The perception of pain varies among cultures, for example. In the Hispanic community, the culture mandates being stoic and often avoiding medications that could help.

Perceptions of medical providers or employers as authority figures can be a deterrent to recovery. Family dynamics can play a role, as some cultures rely on all family members to participate when an injured worker is recovering. Claims professionals and nurses need the training to understand the cultural issues that may be at play in a claim, so they do not miss the opportunity to help the injured worker.

Another hurdle to addressing psychosocial issues in the workers’ comp system is the focus on compliance, regulations and legal management. We are concerned about timelines and documentation, sometimes to the extent that we don’t think about potential mental health challenges, even when there is clearly a non-medical problem.

Claims professionals are taught to get each claim to resolution as quickly and easily as possible. Medical providers — especially specialists — are accustomed to working from tests and images within their own worlds, not on feelings and emotional well-being. Mental health issues, when they are present, do not jump off the page. It takes understanding and processes, which have not been the norm in the industry.

Another challenge is the fact that the number of behavioral health specialists in the country is low, especially in the workers’ comp system. Projections suggest that the demand will exceed the supply of such providers in the next decade. Our speakers explained that with time and commitment, organizations can persuade these specialists to become involved.

Jurisdictions vary in terms of how or whether they allow mental health-related claims to be covered by workers’ comp. Some states allow for physical/mental claims, where the injury is said to cause a mental health condition — such as depression.

Less common are mental/physical claims, where a mental stimulus leads to an injury. An example is workplace stress related to a heart attack.

“Mental/mental claims” mean a mental stimulus causes a mental injury. Even among states that allow for these claims, there is wide variation. It typically hinges on whether an “unusual and extraordinary” incident occurred that resulted in a mental disability. A number of states have or are considering coverage for post-traumatic stress among first responders. The issue is controversial, as some argue that the nature of the job is itself unusual and extraordinary, and these workers should not be given benefits. Others say extreme situations, such as a school shooting, is unusual enough to warrant coverage.

What can employers do

Despite the challenges, there are actions employers and payers are successfully taking to identify and address psychosocial conditions.

For example, Albertsons has a pilot program to identify and intervene with injured workers at risk of mental health issues that are showing promise. The workers are told about a voluntary, confidential pain screening questionnaire. Those who score high (i.e. are more at risk for delayed recoveries) are asked to participate in a cognitive behavioral health coaching program.

A team approach is used, with the claims examiner, nurse, treating physician and treating psychologist involved. The focus is on recovery and skill acquisition. A letter and packet of information are given to the treating physician by a nurse who educates them about the program. The physician is then asked to refer the injured worker to the program, to reduce suspicion and demonstrate the physician’s support.

Training and educating claims professionals is a tactic some organizations are taking to better address psychosocial issues among injured workers. The Connecticut-based Workers’ Compensation Trust also holds educational sessions for its staff with nationally known experts as speakers. Articles and newsletters are sent to members to solicit their help in identifying at-risk injured workers.

Ongoing communicating with the injured worker is vital. Asking how they are doing, whether they have spoken to their employer when they see themselves returning to work are among the questions that can reveal underlying psychosocial issues. Nurse case managers can also be a great source of information and intervention with at-risk injured workers.

Changing the workplace culture is something many employers and other organizations can do. Our environments highly influence our mental health. With the increased stress to be more productive and do more with less, it is important for employers to make their workplaces as stress-free as possible.

Providing the resources to allow employees to do their jobs and feel valued within the organization helps create a sense of control, empowerment, and belonging. Helping workers balance their workloads and lives also creates a more supportive environment, as does provide a safe and appealing workspace. And being willing to openly discuss and provide support for those with mental health conditions can ensure workers get the treatment they need as soon as possible.

As one speaker said, “By offering support from the employer, we can reduce the duration and severity of mental health issues and enhance recovery. Realize employees with good mental health will perform better.”