4 things to know about filing a workers’ comp claim 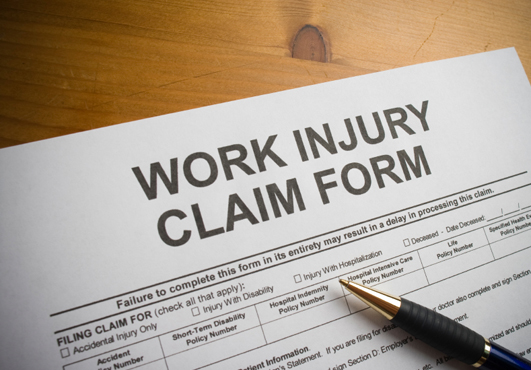 Worker’s compensation is administered at the state level – all 50 states, the District of Columbia, Puerto Rico and the U.S. Virgin Islands have their own programs, as does the federal government for its employees. It is designed to provide coverage for injured workers’ medical costs, pay them for lost work time and even cover death and funeral benefits if necessary. Approximately 75% of workers who file a claim only require medical benefits coverage and benefits for replacement wages are determined by the severity and length of the workers’ disability. Benefits usually begin following a brief three to seven-day waiting period.

In order to file a claim, there are four eligibility requirements that must be met:

Temporary total disability — This benefit covers approximately two-thirds of a worker’s pre-injury wages (tax-free) until the worker is able to return to work. The benefits end when the employee resumes full-time employment. The majority of employees receiving these benefits return to work.

Temporary partial disability — This benefit is paid to workers who return to work with reduced responsibilities and a lower salary and helps offset the loss in salary.

Death benefits — For workers who pass away from a work-related injury or illness, compensation for death benefits is based on a formula that calculates the worker’s earnings and the number of dependents who are determined to be eligible survivors.

“The workers’ compensation system in the United States was built on a ‘grand bargain’ between employers and employees,” explains Desiree Tolbert-Render, Sedgwick AVP of national claims tech compliance. “Injured employees and their dependents gave up the right to sue their employers in civil court in exchange for assured and specific benefits, regardless of fault, provided by the employer. The employee’s rights and responsibilities under workers’ compensation, as well as the requirements and procedures for filing a workers’ compensation claim can vary from state to state.”

When a worker is injured, he or she should notify the employer as soon as possible, especially since each state has different timeframes for filing. By promptly filing a report, the injured employee can receive any necessary medical treatment sooner and the employer can address any safety issues to prevent additional injuries to co-workers.

In 2016, there were approximately 2.9 million work-related illnesses and injuries reported or approximately 2.9 cases per 100 full-time employees according to the U.S. Bureau of Labor Statistics. Interestingly, the areas of finance and insurance saw a slight increase in the number of illnesses and injuries, while the construction, manufacturing, wholesale trade and retail industries saw significant declines.

According to the federal government, benefit payments totaled $61.9 billion in 2015, a 1.3% decrease from 2014. Medical payments accounted for half of that spend, totaling $31.1 billion, while payments for lost wages were $30.7 billion.